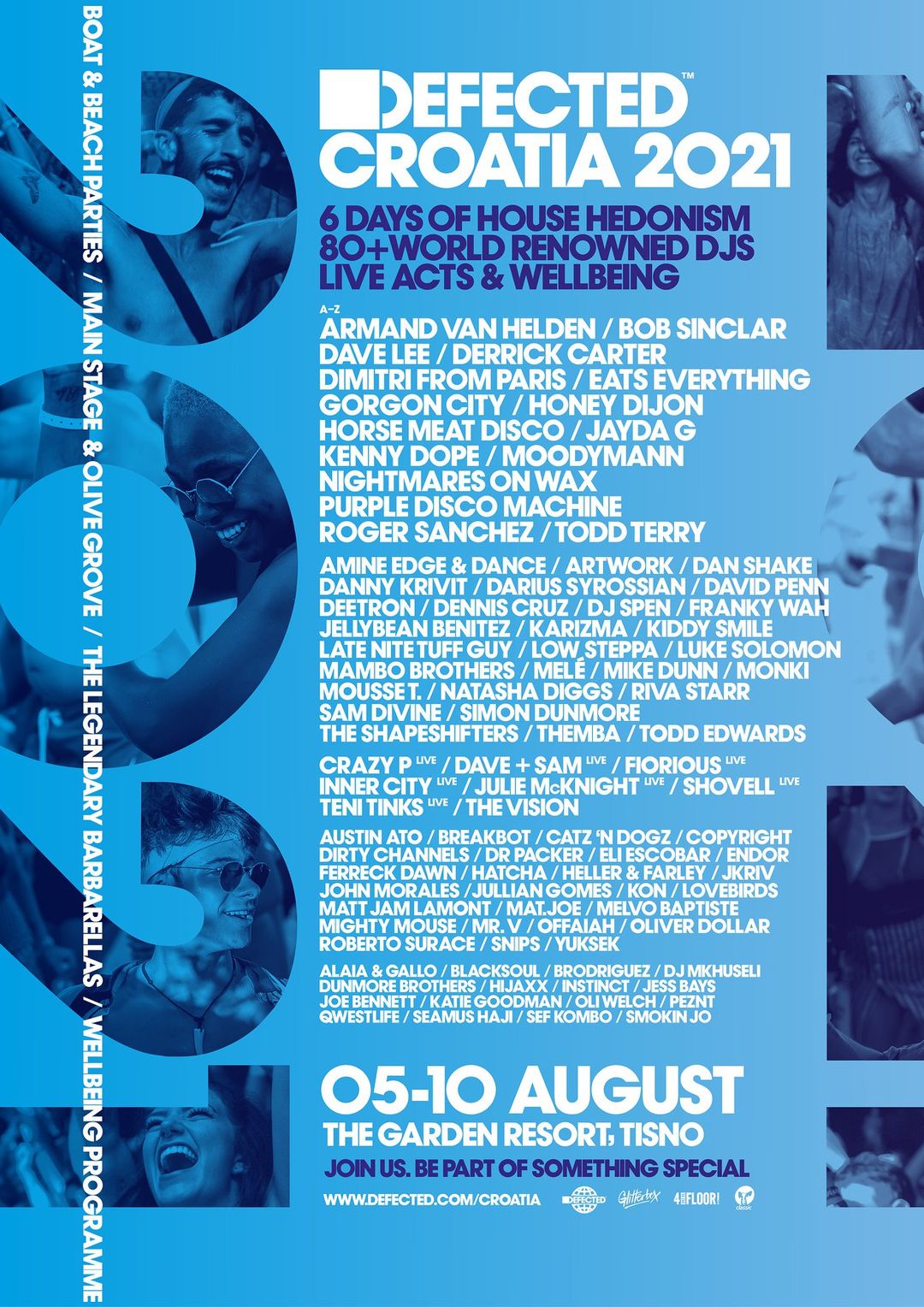 GET TICKETSBOOK ACCOMODATION
Headliner highlights will include Armand Van Helden, Gorgon City, Honey Dijon, Moodymann, Purple Disco Machine and many more as planned for 2020, with the addition of Bob Sinclar, who will play for the label for the first time in nine years.

‍The charismatic French DJ made an exceptional virtual impression on sister label Glitterbox’s Virtual Festival streamed via YouTube, Facebook and Twitter in April, meaning his appearance in Croatia will no doubt be hotly anticipated.

With a bigger live contingent than ever, Defected Croatia 2021 will welcome the live sounds of burgeoning acts The Vision, who received critical acclaim with Defected debut single ‘Heaven’ in 2019, and new duo to Classic Music Company Dave + Sam, who turned heads with their album No Shade early in 2020. Fiorious, Julie McKnight and Teni Tinks, all of whom have lent their voices to house anthems old and new, are set to bring down the main stage with their performances, while Shovell brings his unmistakeable percussive character to sets throughout the week.

Aside from the unbeatable array of artists and DJ’s, Defected Croatia’s idyllic setting is what keeps music lovers returning year on year. The Garden, Tisno has set the scene for the festival perfectly since 2016. Every day festival-goers can choose from beach parties, boat parties, Main Stage and Olive Grove sets, a wellbeing programme of meditation and yoga sessions and after-parties at the legendary Barbarella’s nightclub, all with a backdrop of Adriatic sea and endless sunshine. 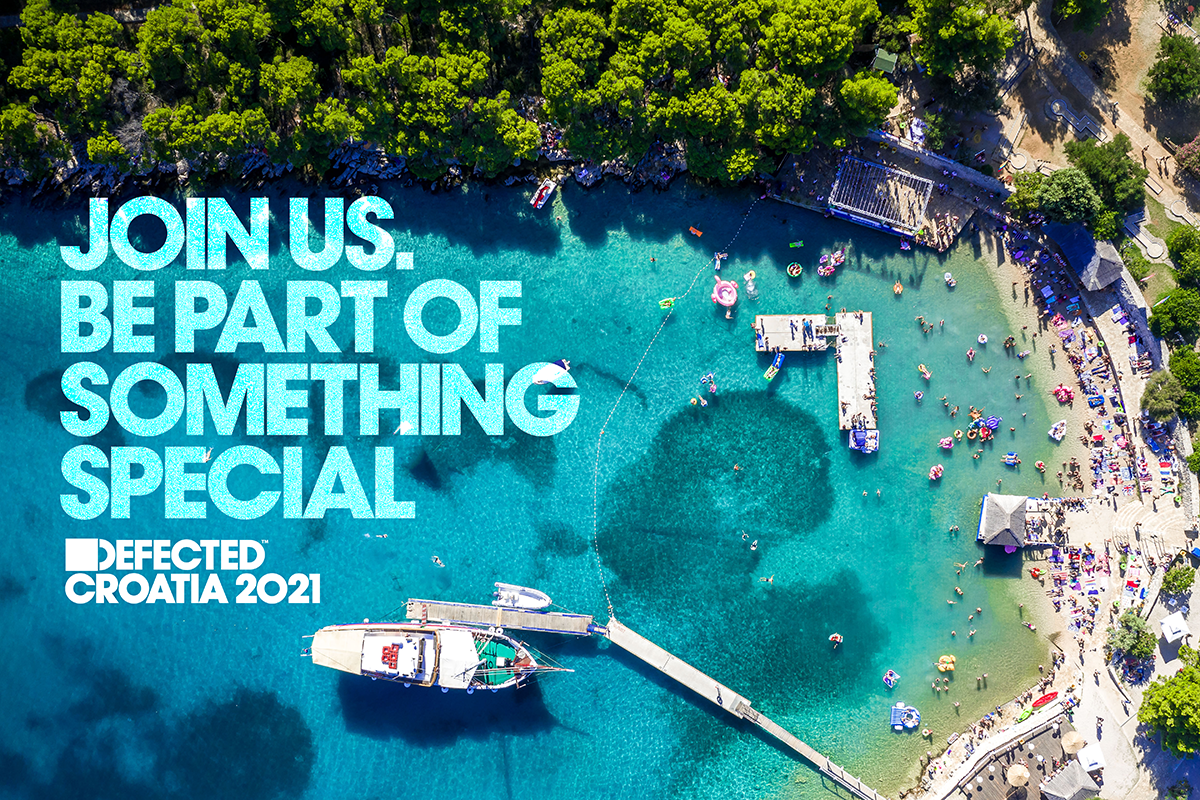